In February 2003, Dr. Allen Lycka was walking with his wife and youngest daughter at the “Happiest Place on Earth” when his wife noticed his foot was “flapping.” It was making an audible “flap” with each step he took. In the prime of his life, considered one of Canada’s premiere cosmetic dermatologists with a thriving practice, a leading philanthropist and committed family man, Dr. Lycka was perplexed by this sudden development in his right foot. Going through a full range of tests, the dozens of doctors he sought out were equally perplexed. Until one leading neurologist delivered the devastating news that he had ALS (Amyotrophic Lateral Sclerosis) also known as Lou Gehrig’s disease and he would only live six more months. “Get your affairs in order,” the doctor callously said.

After going through depression, anger, rage and denial—he ultimately decided not to give up and began searching for another answer. He just couldn’t believe the diagnosis. His diligence paid off and he found a doctor who really DID have the answer. Since that day, Dr. Lycka rededicated his life to the appreciation of living fully, and being of service.

Dr. Lycka talks with Dr. Brad Miller about his book The Secrets To Living A Fantastic Life written with co-author Harriet Tinka about the 13 Golden Pearls of Wisdom they leaned in moving beyond trauma to having a renewed appreciation to how to value life and make a contribution to the greater good.

Dr. Allen Lyca is a leader and pioneer in cosmetic surgery and a leading expert in Living A Fantastic Life and is a transformational speaker, thought leader, coach and mentor.

Dr. Brad Miller has a doctoral degree in transformational leadership and and is a leader in helping people overcome adversity to achieve a life of peace, prosperity and purpose. 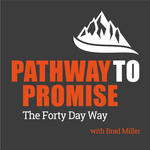 Success! Now check your email to confirm your subscription. You'll be receiving information about the launch of The Promise Given Life: The 40 Day Way to Discover Your Life of Peace and Purpose" Please enjoy your free copy of Chapter 1: How to Frame Your Day for Success - In 4 Minutes.

Posted in Podcast and tagged